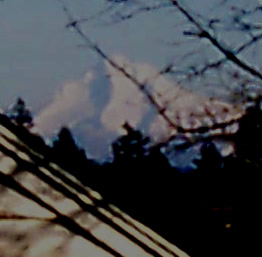 Ah, yes. This blog has gone so downhill in recent days that I've been reduced to writing about the weather.

Of course, I do have an excuse: we had a storm. It was a big storm. It would have appeared even bigger if you had lived in a weatherless place like LA for the last ten years.

Thursday morning things seemed docile enough -- for Portland in the winter -- but by the afternoon the wind was really picking up. At around 4:30, Daphne and Thandie made ready to run a few errands, but as they were heading out the door, things started looking, well, apocalyptic. I stopped them so we could at least check the news. Sure enough, all of the local broadcasters were in full emergency mode (you know, that weird breathless combination of "holy shit, look at that!" and "here comes a great story!").

I went out to pick up a few extra flashlights / batteries, making a beeline to the closest Fred Meyer superstore megaplex everything-mart. There were about four or five ominous flickerings-o-the-lights during the ten minutes I was in there, and each time one of those flickerings subsided I stupidly said to myself Well, good. We still have power. Let me get one more emergency item. (Cuz ya never know, we might just need that extra package of dried fruit to make it through the night.)

Sure enough, I was still in the Fred Meyer store when the lights went out for good. It was like being at a badly managed rock concert, sans the music. By the time I made my way outside (the FM registers remained operational: I guess nothing can stop capitalism), there were huge blue flashes going on in the hills behind the store. The rain was really driving now. The cars? Not so much. Took me about half an hour to travel the short distance to Dolph Court.

There were still powered-up patches in the neighborhood around us, but our street and its immediate environs were black. As I approached the house I slowed down and -- oh, hello, there! -- barely avoided running over the powerline that was on the ground directly in front of our driveway. I surveyed the situation, and realized that that fucker actually extended across the entire length of our part of the street.

Though I was fairly certain that I could have just driven over the mess (non-conductive rubber tires, dontcha know) and gotten into the house the conventional way, I didn't want to take any chances: what with the rain and the lack of streetlights, I couldn't get a good view of what had actually happened. I called Daphne to let her know what was up, and decided to backtrack, parking at the bottom of the hill, where things seemed safer. Then I came around the back way on foot, through some of our neighbors' yards and into ours.

We got situated with our candles and our craptacular dinner, and eventually were able to see that the culprit in the powerline incident (which Daphne told me had produced a tremendous boom) was in fact an enormous fir tree (probably over sixty feet tall) that stood out by the street at the very edge of our neighbor's property, and just adjacent to our driveway. Actually, the tree was more like a victim -- the real culprit was either lightning or wind. In any case, the fir was down but not out -- from our kitchen window we could see the silhouette of its hulking mass leaning across the street, like a strange silent blue-green ghost hovering in the storm.

It was about 1 AM when the power company trucks arrived, with their yellow floodlights and their cherry pickers and their chainsaws. It was pretty exciting actually (though in a bad-Steven-Spielberg-movie kind of a way), and since the hubbub had awakened Thandie, we took her out to the dining room to watch from the picture window. It was still raining.

All in all, we had a fairly sleepless and cold night (even though I was able to keep the fireplace going until about 4 AM, when the power came back on). But we made out better than most. The experience, mild though it was, really brought home the cool, awful (in the original sense of that word), adrenalizing power of nature. This has been a recurring theme of our move to PDX, and I must say, it's a welcome one: at its worst, the static LA atmosphere can induce a kind of wandering zombie-hood, while storms like this tend to remind you that you're alive.

Winter has stripped the trees, and on a recent sunny day we noticed that we have a somewhat awkward but nevertheless enjoyable view of the beautiful Mt. Hood -- there's a bad picture, badly enhanced, up on top of this post. I kept thinking about that mountain (and the three dudes who are currently still missing there) during the howlingest part of the storm, as I alternated between tending to both the fire and a good book. I later learned that some of the Hoodian gusts that evening exceeded 100 mph. Scary. 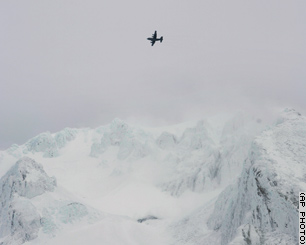 Happy you guys are safe.

When I lived in Arizona, the weather was similarly boring as in L.A., so I feel ya.

Though the standard-issue East Coast winter of 38-degrees and rainy gets old pretty fast...