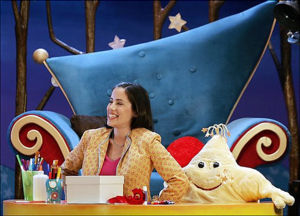 (Actually, not apparently, but definitely. What it with me and adverbs these days?)

The cause of the firing is a series of harmless PSA spoofs MM did seven years ago. You can see them here and judge for yourself.

Now, I was never a fan of the Good Night Show, except for the wacky Pingu the Penguin claymation stuff. But that's not the point. The point is that, really, what the fuck? PBS, are you a bunch of morons? Your programming has become insipid enough, now you're going to finish it off by purging it into a fine fascist inhuman goop? What's next? I suppose none of the people who work on any of your programs can ever talk about sex? Hmmm. Can they have impure thoughts every once in a while, perhaps in the comfort of their own bedroom?

Gooodddddaaaammmmmmitttt, what is happening to this country?!

Here's a link to a petition to get Ms. Martinez her job back. Don't think a list of names is gonna make a difference, but it's probably worth a try.

And here's a link to a kickass SF Chronicle article by Mark Morford. It analyzes the firing, and, well, kicks ass while doing so.
Posted by Andrew Durkin at 2:23 PM 1 comment: Links to this post

Trying not to melt

A brief respite from the heat. Don't know how long it will last, but I may as well type while doing so doesn't produce perspiration.

We haven't even been in the triple digits, as have our poor inland neighbors (aka suckers), but the lack of air conditioning, the unusually high humidity, and the fact that our apartment is hard to ventilate make things difficult. I've never been a fan of southern California attire, but I haven't worn long pants or proper shoes in two weeks.

It feels very much like Keith Olbermann put it last night on the Tonight Show (a program I rarely watch): Al Gore was wrong about global warming... we don't have ten years to fix the problem, we have ten minutes.

Everyone in our complex keeps their windows open. You kind of have to, because, as I said, there's no AC, and fans alone provide precious little relief. You've got to try and catch the ocean breezes where you can. But you also end up throwing all modesty, well, out the window. Just heard a couple fucking somewhere nearby. (You know it's hot when the only time you have the energy to do the deed is six AM.)

Anyway... remember our second album, the often mis-spelled City of Angles? It appears to have been re-entered into rotation as bumper music on NPR's Talk of the Nation. I noticed that they played "Void When Detached" last month, and Theme From City of Angles" just a few days ago.

What's next? IJG on the Prairie Home Companion?
Posted by Andrew Durkin at 6:13 AM 1 comment: Links to this post 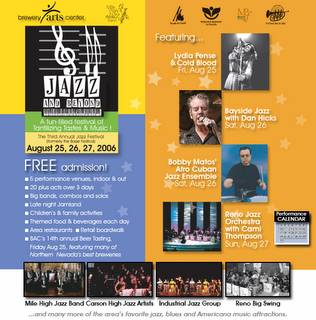 And here's the link.
Posted by Andrew Durkin at 3:14 PM No comments: Links to this post

What a way to start off the 21st century, eh?

In case you don't feel like reading that article, I'll summarize it for you: everyone in Iraq is either killing somebody, being killed themselves, or about to enter one of those two categories.

I pass this information along as a public service announcement, in case you missed it during all this Lebanon business (easy enough to do).

Maybe you still think the war was a good idea? Why not go there and check it out for yourself? Prove me wrong. I'll wait here.
Posted by Andrew Durkin at 11:54 AM No comments: Links to this post

It's 7:30 AM, we live five minutes from the beach, and already its 73 degrees outside.
Posted by Andrew Durkin at 7:36 AM No comments: Links to this post 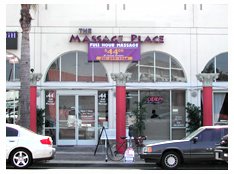 That's right. Where else can you get a high quality overhaul for $45 or less? Right here in the Culver City area we have two companies competing to be the least expensive massage therapy providers: the Massage Garage, which charges $45 an hour, and the Massage Place, which charges $44. I just had one of the best massages of my life at the latter institution last Friday -- went in feeling like I was going to die from the pain, and left not being able to remember what the pain felt like.

How refreshing to know that some businessperson out there gets that

1. for some of us, massage is not a decadent luxury, but rather a very effective way to reduce even the most agonizing back pain, and

2. that massages should not be limited to the rich.

So, for Daphne and Thandie and I, the question remains. LA: should we stay or should we go?
Posted by Andrew Durkin at 12:23 AM No comments: Links to this post

Thanks to Daphne, today I present another recent DVD aquisition -- the best of the Electric Company. A big hit with the little girl, it merits some remarks here for a few reasons:

1. I realize now that this show may have featured Morgan Freeman's best work.

2. It is chock full of people-I-would-come-to-admire-for-other-reasons-though-I-never-would-of-known-it-at-the-time: Mel Brooks, Gene Wilder, Zero Mostel, Joan Rivers, and so on.

3. I realize now why certain adults never seemed too thrilled that I (a white suburban kid) liked the show -- it features "ethnic types" prominently. (This is precisely one of the reasons I'm thrilled to let Thandie watch it.)

4. I may have had my earliest conscious sexual fantasies about Rita Moreno and Judy Graubart. Hubba hubba!

6. Rock and roll! Lots of rock and roll! ("Short Circus" may be the best band name ever.)
Posted by Andrew Durkin at 11:04 PM 1 comment: Links to this post

Visions of jackhammers dancing in her head.

So check it out:

This week the management company at our apartment complex, in their infinite wisdom, decided to tear up the walkway right outside our unit, and replace it with, I don't know, another one, I guess. Apparently the task will take about a week or so.

Between the jackhammering and the power sawing and the busting of underground pipes (hoo boy, that was fun to watch!) it's been a bit raucous around here. When I first realized what was going on, I thought that the chances that Thandie was going to go down for her late-morning nap this week would be nil. Especially since there is really no place in the apartment where one can escape the noise.

(For you non-parents out there, no nap usually translates into a cranky kid, and sometimes even a bad night's sleep. So basically I thought we were fucked for the next few days.)

I wouldn't believe this if I hadn't seen it by myself, but this kid just fell asleep to the dulcet strains of a jackhammer cracking into the concrete right outside her window.

Is this some kind of toddler mind trick or something? And if so, how can I learn it?
Posted by Andrew Durkin at 12:27 PM No comments: Links to this post