Stranger in a strange land, part 1 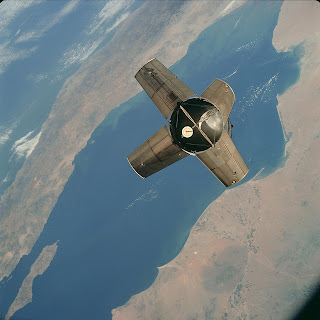 As I make my re-entry into blogging -- I think I am back for real now, though who really knows -- I am trying to get a handle on how things have changed out here. Keep in mind that I've been writing JTMOU since 2004. That's an eternity in Internet time. I have seen a lot of folks come and go.

Some of the usual suspects are still doing what they did back in the day; that's good. Others have disappeared; regrettable, but understandable. But as I look around I am mainly interested in the writers who have jumped in since 2011 or so, when my own posting dropped off so drastically.

To that end, I thought I would start a series in which I point to blogs I like that are either new, or new to me. Generally, I'll be mentioning folks who deal with music critically, avoiding the road warrior / journeyman genres.

First up is my friend Frank Mabee, currently teaching at Fitchburg State University in Massachusetts. Frank and I were grad students together at USC a few years back. He is also a guitarist, whose band, Full of Emptiness, performed in one of the first double bills the IJG ever did, back in 2000 or 2001, at the one and only California Institute of Abnormal Arts. It would be an understatement to say I have fond memories of that gig.

Frank's blog, Nonsailor, is literally days old, but he is already churning out great stuff, including this post on the cultural valences of punk and other music. We had a brief exchange about it in the comments that I hope you will also read.


[photo credit]
Posted by Andrew Durkin at 9:42 PM No comments: Links to this post 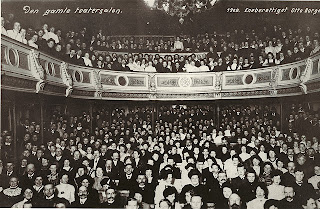 In a recent issue of The Awl, Jaime Green asks: “How Are We to Listen to Contemporary Classical Music?”

The absurdity here is perhaps easy to miss. One has to work backwards a bit: what sort of culture makes a question like this possible? What old aesthetic assumptions are being trotted out? Why is it not obvious that “contemporary classical music” is not a special case, and that the answer is the same as it would be for any other type of music?

How are we to listen? With our ears, of course.

That’s a little flippant; my apologies. I’m bristling too easily at how Green’s title assumes a key -- or a formula, or a program -- for understanding the truth of musical experience. I would similarly bristle had the suggestion been applied to any other genre. That’s the absurdity, in short: the idea that there is an authentic way of listening, if only one can figure it out (figuring it out -- what Green calls “getting it” -- is the driving anxiety of her piece).

Framing the issue as a question of “how to listen” presupposes that we all agree on what listening is in the first place. Yet after half a lifetime I’m no longer sure even those of us who make music professionally can describe listening in anything but the most personal terms. We are all condemned to experience it from within successive layers of mediation -- mediation that affects the way a sound is generated at a given moment, how it travels from a source to our ears in the next, and how it is processed by our minds after that. No one -- not even the putative expert whose approval Green seems to be seeking -- is able to escape those filters, which are far more complex than what I just described, and which affect each work, each and every time we hear it. Since sound depends on those filters for its existence, we might say “the work” is a new work with each hearing, and with each listener.

Indeed, when we speak of music, we may do it a disservice by assuming there is ever really a work at all, rather than a succession of individuated aural perceptions. So when Green asks whether she is “missing something that would let me enjoy the tricky parts? Or are they just unpleasant to listen to?” not only does she discount her own response to the music -- of course it’s unpleasant, if it’s unpleasant -- she overlooks how that response is the music, at that moment.

Which is not to say that there is anything wrong with wanting to understand a piece that confuses you. Indeed, kudos to Green for making the effort -- most listeners aren’t ready to step out of their aesthetic comfort zone in the first place. Listeners who take that risk may ultimately discover that the rewards are greater than they anticipated. Taste can be cultivated with certain kinds of study and exposure; musical affection, as Charles Rosen once admitted, can be a matter of choice and will. But you don’t get to assume authenticity just because you made the effort. That is closed-mindedness masquerading as open-mindedness. Why can’t the wrong response be the right response too? Why ridicule the hapless individual Green refers to as “the asshole looking at abstract art and saying ‘my kid could do that!’”? Art makes assholes of us all. None of us are free from our own perceptual and epistemological shortcomings.

When someone tells you that a given piece is beautiful, how are you supposed to know what that means, beyond it being a compliment? It is not that we can’t assume that beauty exists for the listener who claims to hear it -- though surely fans do lie about their feelings too. In either case, you have your own mediations to deal with, and your own piece to perceive. Why should it matter -- as it seems to matter so much to Green -- whether your responses track with someone else’s? Even dedicated fans of the “same” work are experiencing it “alone together,” as John Blacking felicitously put it.

I know of no way that that gap can be closed. Maybe the resulting solitude is frightening or frustrating -- I will give Green that much. But maybe it can be liberating too.

Posted by Andrew Durkin at 6:29 PM No comments: Links to this post