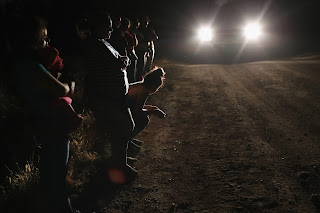 There was an article in National Geographic a few months ago, about “the largest single incident of mass child sacrifice in the Americas—and likely in world history.” According to the piece, that event occurred in Peru, almost six centuries ago, at the hands of the Chimú civilization.
The coverage had all the National Geographic hallmarks. The outsized, colorful photographs (in this case, of cinnabar-smeared skulls and sternums). The passive-aggressive distancing between observer and observed. “What could possibly have been the reason?” the author mused.
In the context of the last eighteen months, that voyeuristic outrage seems almost delusional. One could argue that child sacrifice is alive and well and happening in the United States—on a scale the Chimú could never have imagined. Sure, the mechanisms are different. And sure, the damage takes a variety of forms. But snatching babies from their parents is just a different way of getting the same result. As is letting kids shoot each other to death in schools. As is wrecking the planet they will have to inhabit longer than you.
There’s an exquisite gratuitousness to this conspiracy of old against young. Scanning the channels last night, I saw CNN do its knee-jerk Trumper-in-the-wild thing—elderly white folks, sitting in a diner so brightly retro it burned through the screen. They looked unhealthy and unhappy, as they complained that they shouldn’t be made to feel guilty because of crying toddlers in internment camps. I wondered if any of them read National Geographic.
It’s a form of terrorism, really—this ransoming of innocence. On the day Thandie was born, she came out with the umbilical cord around her neck, and the entirety of my being hung by a thread as the nurses whisked her away and coaxed her into breathing. Most of us are hanging together, now, for these other kids, desperately hoping they will breathe too, and unable to fathom this cult of adults that must have its tribute.
Please: fight back.
Posted by Andrew Durkin at 8:49 AM No comments: Links to this post 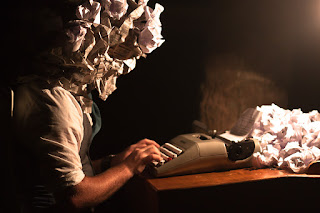 Last week an important conversation about sexual harassment happened in the world of contemporary children’s literature, and I’m so grateful I got to hear it. Over the weekend I celebrated the majesty of an all-black superhero movie and was inspired by high-school students seizing the reins of the gun-control conversation. Through it all, I’ve been thinking about voice and representation and ethics, and my own commitments and responsibilities as an unproven white guy trying to write fantasy books for kids.

Honestly, I wouldn’t want to be doing this at any other time. It’s a gift, this opportunity to learn how to be a better human through writing. Part of the charge, of course, is obvious: the golden rule, more or less. As Ishta Mercurio points out in Publisher’s Weekly, “It is such a low bar to expect decent behavior from people who create books for children.” Indeed—this industry should probably be leading the way.

But there is more to it than just behaving decently. There should be answers in the writing itself. I agree with Martha Brockenbrough: “We need new stories.”

Yes, stories are ways of documenting reality, and sometimes that means documenting its horror. But sometimes simply documenting horror is a way of re-inscribing it, whether intentionally or not. I couldn’t make it through Jay Asher’s Thirteen Reasons Why precisely because a version of that story seems to be told about powerful men and their victims all the time lately—just as now, with what I guess would have to be called poetic justice, it is being told about Asher himself.

Stories, in other words, should also be ways of thinking about what could be—and not just in the cool Tomorrowland-and-jetpacks way. Stories can be like friends who poke at our inhibitions until we try something new for a change—enduring grief for it at first, but receiving heartfelt thanks later. Stories can be the existential tricks a culture uses to remake itself against collective bad habits, or to shake off the muscle memory of evil. Creating a good one, I remind myself as I struggle with my own work, is an act not just of basic empathy, but of well-tuned imagination.

Of course, the empathy part is important too—and complicated. Write what you know—but also throw out what you know. After all, some of what you know is bad. Adam Rex, in a great Twitter thread that I mostly agree with, spoke of being “too selfish”—reminding me of something else Mercurio said, about how the book industry in general is hampered by “‘rockstar’ culture (and egos), driven both by society at large and by the economics of publishing (in which one blockbuster book often pays the bills for the entire slate of books being published in a given year).”

I come from the world of music, and wrote a book critiquing the idea of musical genius. I know something about the toxicity of rock star culture, and how there’s a fine line between aesthetic and political authority, and a finer line between authority and power. And the stubbornness of that dynamic makes me think that maybe the white male writer’s job right now is to find an elegant way to write himself into the background. Not as a gesture of false modesty or performative woke-ness, but more subtly, with fairness and generosity and respect.

Write what you know. But expand your knowledge. I keep telling myself: if you’re writing a story that comes easily, maybe that is part of the problem. As a writer, I want to take a cue from the best musicians, who understand what space is—how to be silent, how to support others in an ensemble, how to listen. It’s not that they squelch their sound when the time comes. It’s that they know when their time comes—and when it’s someone else’s time.

If that sounds easy, it’s not. It may be the hardest thing. In some ways, writing (and art in general) is inherently selfish. But my favorite writers seem to have learned how to modulate between creative selfishness and something broader and more inclusive—like modulating between drafting and revising, or between reverse and first gear. I’m trying to learn it too.
Posted by Andrew Durkin at 8:42 AM No comments: Links to this post