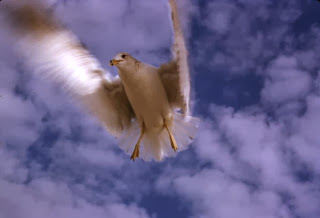 Driving to work this morning, I saw a woman engaged in a game of fetch with her dog, in the field near my home.

As I went by, trying to keep my attention on the road, for some reason I was drawn to the ball she had just thrown, which was at that very moment making a long lazy arc in the air. Everything seemed to shift into slow motion as I watched that little red circle sail higher and higher.

And then it nailed a seagull that had been flying across the field, minding its own business. There was a puff of feathers -- but by that point I was already too far away to see anything else.

And so, dear readers, here is my holiday thought for you: life is random, so be sure to look out for each other! Our love is all we have.

Posted by Andrew Durkin at 3:13 PM 2 comments: Links to this post

Thoughts I have every year at about this time

I would trust best-of lists more if reviewers had to pay for the music they reviewed.

I would trust best-of lists more if there was a ten-year lag time before any of them were compiled.

I would trust best-of lists more if it wasn't inevitable that good music is always left out.

I would trust best-of lists more if the media they were published in didn't have to make a buck too.

I would trust best-of lists more if I didn't know that some of the greatest music is never recorded.

I would trust best-of lists more if music wasn't such a contact sport.

I would trust best-of lists more if they couldn't be shared on Facebook.

I would trust best-of lists more if they were more skeptical of themselves.

I would trust best-of lists more if they were revised every few minutes.

I would trust best-of lists more if I could just relax and let them wash over me.
Posted by Andrew Durkin at 9:58 PM No comments: Links to this post

Earworm: A Cry for Help 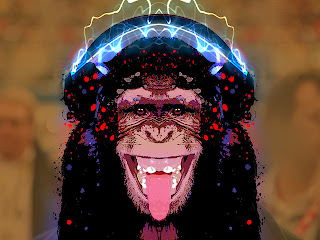 Until recently, I have never had a problem with earworms. I don’t know why.
Since, when I have to choose, I favor melody above all other musical parameters—both in my composing and in my listening—one would think I would be particularly susceptible to these little pests, if it's true that most of them are melodically-based.
But until recently, I had a simple, effective strategy for fighting back. I called it the “riff antibody” treatment. Here’s how it worked: when an ear worm struck, I intentionally hummed a different tune for a bit. Like magic, the ear worm was overridden (or overwritten?), and that was that.
Two of my most effective riff antibodies were the opening guitar from David Bowie’s “Rebel, Rebel,” and the synth part from Rush’s “Tom Sawyer.” I have no idea why either of those worked. I don't even like the tunes they come from (anymore). Yet my musical taste didn’t seem to be a factor in the treatment. The riff antibodies never stayed in my head after I deployed them. It was like they knew that their whole purpose in life was to destroy a thing I didn't want to hear, and then vanish themselves.
Lately, however, I’ve been getting ear worms that are more resistant. Many of you know I have been the keyboardist and music director at a Lutheran church here in Portland for almost five years now. It’s a great gig in many ways. It has made me a better musician (and especially a better sight reader). It pays well. It's steady work. About three quarters of the music I get to play is really lovely: old hymns and spirituals. I also get to improvise a bit. Plus, the congregation is very respectful of the fact that I’m agnostic. I give them major props for that.
The other twenty-five percent of the music, though—the music that isn’t old hymns and spirituals—is contemporary Christian music. It’s really horrid stuff, in my professional opinion. As luck would have it, that’s where the new ear worms are coming from.
Perhaps the problem is that I have been doing the gig too long. Or perhaps it’s that all the offending songs are so similar and predictable. In any case, I have been struggling to keep them out of my head when I'm not actually performing them (and sometimes even when I am). For the first time in my adult life, the riff antibodies are no help.
And so I turn to you, dear reader. Do you have your own earworm remedy? Or do I just need to get a new gig?
Posted by Andrew Durkin at 9:48 PM No comments: Links to this post 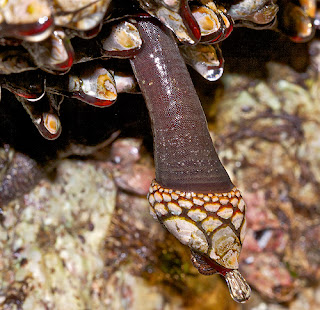 In some species, peduncles are leafless, though others bear small leaves, or even cataphylls, at nodes; such leaves generally may be regarded as bracts. The peduncle may be ramified, in which case the ramifications are called pedicels.

Just some wacky stuff I found while doing research for the novel referenced in my last post.
Posted by Andrew Durkin at 7:06 PM No comments: Links to this post