Those who can't do, teach, and then their students secure their legacy 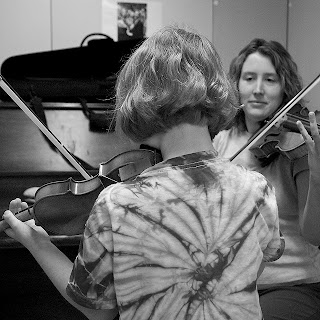 This section of a Christoph Wolff essay on Bach--and particularly the bit about "scores of students and their pupils' students" working to "organize and eventually consolidate Bach's lasting influence"--made me laugh out loud:

It seems worth noting at this point that Bach’s most important musical contemporaries, Handel, Telemann, Vivaldi, and Rameau, who all wrote music that had a broader appeal, and was more widely disseminated than Bach’s, were completely remote from the discussion and the scene in which the eighteenth-century concept of original genius emerged. Two explanations offer themselves. First, their compositional art, whether applied to opera, oratorio, concerto, or any other vocal and instrumental genre, was widely recognized and acknowledged as superior. There is no question about the quality, beauty, appeal, technical make-up, or poetic and expressive character of their music. Yet none of their compositional achievements brought about any fundamental and long-lasting changes by way of discovery and new inventions. Second, Bach lived and worked for twenty-seven years in an academically challenging environment, and his main activities consisted of teaching. Hence, scores of students and their pupils’ students helped organize and eventually consolidate Bach’s lasting influence, a phenomenon that none of his musical colleagues sustained.

You could literally spend decades pondering the extent to which everything you think about the art that you like (or don't like) is socially-constructed. No wonder most of us don't.

(By the way, I adore the music of Bach, Handel, Telemann, Vivaldi, and Rameau.)

[Photo credit: nathanrussell]
Posted by Andrew Durkin at 8:38 AM 3 comments: Links to this post

That's my life's work, thanks for listening

At one point, songwriter Jimmy Webb describes a scene toward the end of Harry's life. The story just stuck with me. Maybe it will stick with you, too:

I remember one night, about a month before he died, we went out on the street, and we walked about half a block and there's Harry's car. We got in, and he said, "I just want you to listen to this with me." And he had two or three tapes, and he took 'em out, and he put 'em in the sound system, and we started listening to Harry's songs. And we must've listened for a couple hours. And he played one after the other. New ones, old ones, some that I had heard before, some I knew he had written and hadn't gotten recorded, some that he wanted to record, some that weren't finished, but they were all wry and tender and funny and vulnerable and sweet and sour at the same time. We got to the end and the last song played and the tape player clicked and it was silent in the car and he looked around and Santa Monica was quiet, just me and Harry in the car. And he said, "Well," he said, "that's my life's work." He said, "Thanks for listening." And that's the last time I saw him.

Is there really any point in trying to imagine a more touching, elegant, dignified way to go than that?
Posted by Andrew Durkin at 10:00 AM 3 comments: Links to this post

Talking about the no-talking blues 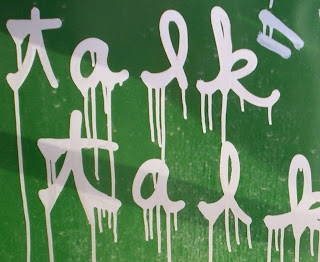 Still, consensually, critics showed their frustration. They didn't understand what the group was trying to do. The rhythm section was more or less given a pass, but it was the saxophone soloing that challenged credulity, its length and perhaps its unwillingness to tell a traditional story.

For what it's worth, in all the existing recordings of Coltrane's group in Europe from those years (1962 and '63), Coltrane gave a spoken introduction exactly three times. If there's one thing the facile critic needs to do his job, it is some verbal personality from the bandstand, some words to transcribe into the review--anything to make a thoroughly musical endeavor more literary or conversational. Coltrane would not provide it.

At this time Coltrane was as much of a culture hero within jazz as Charles Mingus, but, unlike Mingus, he didn't worry out loud about the place of jazz in American society. He was curiously uncompelled to publicly condemn uncomprehending listeners, whether for reasons of aesthetics, philosophy, culture, or race; he seemed to believe in his music implicitly.

"Curiously," indeed. Unless you understand that Coltrane was simply behaving, vis a vis his own music, in the way that he had to behave, because it felt most natural given the sound he was making in his groups.

I'm no Coltrane, but I often ask myself (sometimes even from the bandstand, moments before I'm supposed to announce a tune) whether there is anything left to say once you put everything you have, every last bit of whatever creative well you are drawing from, into a given piece of music.

If a critic, or audience, or passerby, needs more than the music somehow, well, that's fine. They certainly have that right. But, by the same token, life isn't always fair, and you can't always get what you want.