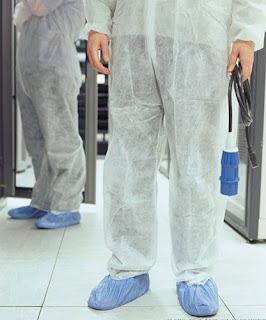 So, as I mentioned in a tweet earlier this week, I had been planning to play a few "Jazz Now"-ish tracks for my elementary school kids, just out of curiosity. Today was the first chance I had to do that, so I grabbed it.

In truth, it wasn't much of a chance. Our classes are a fleeting 30 minutes long (I know, I know), and of course there are other things on the daily agenda with each -- so basically I had to steal time from an already limited period.

I played two tracks: Led Bib's "Shower" (not sure if Led Bib made it onto anyone's Jazz Now list, actually -- but what the hell, I dig them) and Polar Bear's "Tomlovesalicelovestom." Assuming this is going to be an ongoing exercise, I'm starting across the pond, I guess.

A few words about the sample: all of the students I played this music for are at the very beginning stages of learning to play an instrument. When I have polled them about their musical taste in the past, they have tended to skew toward heavy metal, hard rock, rap, and pop. I did not tell them anything about what I was going to play for them (I did not even use the word "jazz") -- I simply played the track, cold, and then asked them to answer three questions:

3. Would you like to hear more music by this artist?

I encouraged them to be honest.

Out of a total of 19 students:

Here are some of the comments from the students who liked "Shower":

"It sounds mysterious and Egyptian."

"It is very calm and helps take the stress out of you. I also like old-sounding and looking stuff."

"It's soothing I guess, and its a nice mix of instruments."

"Horrible song, too may instruments at one time."

"I don't like it that much. It's because it's boring and does the same thing over and over. I hate when songs do that."

"It was too slow getting to the part I like."

"There's no singing and it's not exciting."

4 were on the fence, but 2 of them were interested in hearing more.

3 were sure they didn't like it, and didn't want to hear any more (as one wrote: "MY HEAD HURTS").

"THAT's what I'm talkin' about! It's groovy and funky fresh. I'd listen to it more." (This student also said it reminded him of the B-52s.)

"Yes! Yes! I like it because the beat and choice of instruments. But I only like the beginning to the middle."

"It is so random. I love things that are so random, with old music."

"It is kind of weird but I like how alternative it is."

"It's horrible it sounds like monkeys." (A reference to the balloon noises in the second half of the tune -- which were assumed by other students to be dolphins.)

And there you have it. That's what you call science, beyotches.

9 out of 10 researchers recommend the Industrial Jazz Group's fall fundraiser, in support of our October tour. You can find out more, and contribute to the cause (for as little as $1!), here.

And: contest mania! Check out the remix contest, and the IJG "The Job Song" video contest.
Posted by Andrew Durkin at 1:00 AM

The opportunity I had two years ago was to take 'interested' grade 7&8 students to 'create a band piece' to play at a fundraiser for their class trip (Canadian tradition: send sr elementary to Ottawa) Anyway, like you, I had half-hour sessions, last half hour of the day, which meant maximum distraction and lethargy.

I also quickly discovered most could neither read music nor play even a simple scale. Not a problem, sez I, showed each where to find the pentatonic scale in C minor, and I offered little sample vamps for each of them to learn; we had a few weeks of twice weekly sessions to pull something together.

I started them off with a Space Chord, just to break the ice. Those from the 'proper' school band were a little indignant at first, but afterwards they found it fun, and it gets us past that "please be quiet' business. Next I found two who were familiar with a keyboard, so together they could play a lefthand-righthand thing well enough for a melody, Swing Low Sweet Chariot.

Percussion was a problem: the equipment was old discards from a high-school marching band, mostly broken, a massive bass drum. 'Please play quiet' was out of the question and sadly they had no gear to play them samples, so we just had to go with it; I read them samples of Sun Ra's poetry instead.

I added more percussion from my collection.

I received many complaints from the teaching staff, primarily the music teacher, for being too noisy, too unruly, too LOUD; we shifted rehearsals to noon-hours, but still received disapprovals and complaints. Some kids were still perplexed, others were diggin' it. One boy showed up for the show despite being released from hospital that day from a tonsilectemy!

Show night, the curtain raises, we started layering on the vamps section by section; of course they forgot them, but being pentatonic, it wasn't a big issue; I used very exaggerated conduction-style queues holding a shaker to keep them in sync, they played the theme over a few times, free form for a bit, then, as I'd promised, I let them do the Space Chord.

The parent/teacher audience was in a bit of a shock, but politely applauded. The kids were charged up -- rolling the drum stands back to the music room one of them said to me, 'Why can't my music class be fun like this?'

I had an answer, but I didn't give it to him. I just smiled and nodded and told them all how freakin' awesome they'd been, and so far as I'm concerned, there's one gaggle of teens who know 'Jazz' means that special joyful emancipational brand of 'Freedom'

Ha! Thanks for posting those responses. And good move not describing the music at all before playing it. I'll look forward to more of these posts.

For the record, my list did include a Led Bib song, "Yes, Again."

Great story, Gary, thanks for sharing.

And thanks for the comment, Lucas... I should have remembered that you included Led Bib on your list! I was pretty sure someone had, but after reading through so many lists, I lost track of who said what, and was too lazy to go back and look it up...