Some things never stay the same 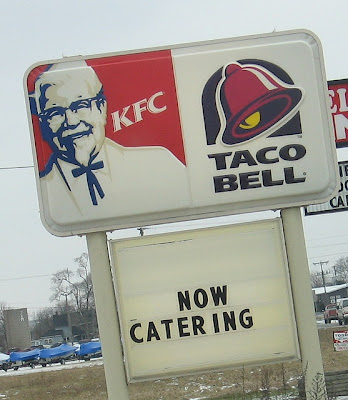 Supposedly, Duke Ellington once said this:

By and large, jazz has always been like the kind of a man you wouldn’t want your daughter to associate with.

Assuming that was ever true, is it still true?

I suppose one could argue that it is still true in the sense that most jazz musicians still tend not to be very materially successful, and most parents still generally don't want their daughters to associate with freeloaders.

(One way in which it is certainly not true, or at least not complete, is that it doesn't take note of the fact that many daughters are now playing jazz too.)

But I'm pretty sure that the material interpretation is not what Ellington meant. I think, in his suave and elegant way, he was trying to say something about how jazz is connected to illicit pleasure, to rebellion, to the social underbelly, to life as an outsider. I think he was saying that jazz is the music of cool weirdos who are vaguely threatening in some way.

Is THAT still true?

[Photo credit: "KFC Taco Bell Wedding" by Macrofarm]
Posted by Andrew Durkin at 1:00 AM 7 comments: Links to this post