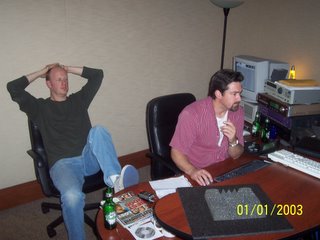 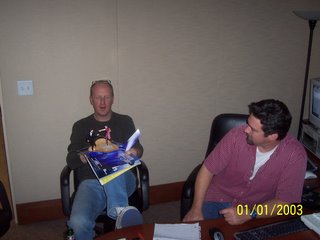 Well, it's off. The next IJG record, which I've been blathering about in this space for the last year, has been sent off to the manufacturer. Should get 'em back by mid-February.

Above are some shots of the (extremely talented and patient) engineers on this project, Michael Kramer (recording / mixing, left) and Chris Landen (mastering, right), as they (first) consider a mix, and (second) become entranced by the wonders of an Entertainment Weekly insert.

(Don't be fooled by the dates annoyingly provided by my digital camera. This session actually took place last week, late at night in the offices of Delos records, where Chris is the in-house mastering engineer.)

Big industrial-strength thanks to everyone who worked on this one. I hope it lives up to the hype. TRL, here we come!
Posted by Andrew Durkin at 11:56 AM No comments: 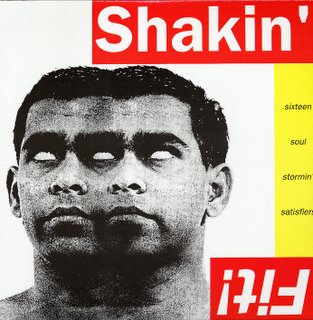 "What's Wrong With Me," by the Gardenias. Available on the above compilation (can't get it in the US, so thank [insert deity of your choice] for blogs like this... and BTW, I'll have more to say about said blogs soon).

And so on. There's even a reference to "sweet arthritis"... which is sort of my problem, in the form of Ankylosing Spondylitis. Been flat on my back for over 24 hours now. The pain is, how do you say... exquisite?

Normally I can keep my AS in check, as long as I adhere to a routine of regular massage, yoga, exercise, and acupuncture (oh yeah, and for some reason it helps to go easy on the sauce / coffee, which requires a restraint I don't generally have these days). But every once it a while it sneaks up on me, and KA-BLAM! It's like root canal for the lower back.

Ah well. I gotta be more diligent. BTW, the above collection is highly recommended. Check out Don Gardner's "MY Baby Likes to Boogaloo," or Donald and the Delighters (they sure don't name them like that anymore, do they?) doing "Wang Dang Dula."

Lots of other gems too. Can you believe the labels just want to throw this stuff away?!
Posted by Andrew Durkin at 2:13 AM No comments:

The Crow is Hiding in the Tree

Thandie's been throwing out individual words for a while now, but as far as we can tell, this was her first complete, relatively complex sentence.

Sounds like a good song title... hmmm...
Posted by Andrew Durkin at 4:23 PM No comments: 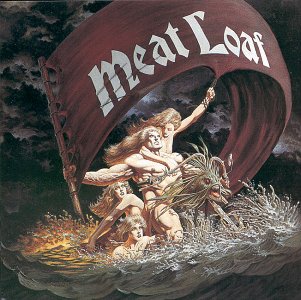 Don't want to turn this blog into a list of lists, but, well, here's another list. This time the topic is bad album covers. If you check it out, be sure to read the commentary, which is suitably wry. For instance, about the above cover, the compiler writes: "On the epic quest of a lifetime, a band of ancient adventurers cross the darkest oceans, slay the fiercest beasts and scale the highest mountains... in search of meatloaf."

Some of the selections are a bit sick (not in a good way), but most are just funny.
Posted by Andrew Durkin at 2:24 PM No comments: 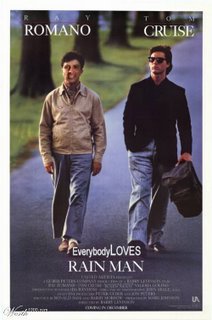 The above comes from this photoshop contest over at Worth1000.com. Other notable entries: 12 Monkees and Munsters, Inc. But the whole list is worth a glance. (The contest: combine TV shows and movies.)
Posted by Andrew Durkin at 2:14 PM No comments:

This writeup (on the Star Chamber) appeared at the KFJC online review site.

Hard to keep track of these after awhile...

Why do we obsess over all the wrong things? 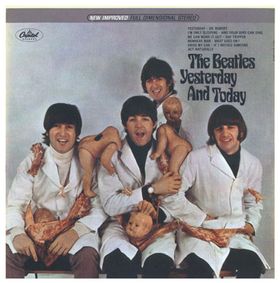 Why do we get all bent out of shape over provocative album covers, for instance? (Sorry, I'm working on the design for the new IJG record, and in my research I came across this website.)

We don't we care about the things that actually matter? (Thanks to David Corn for that last link.)
Posted by Andrew Durkin at 12:53 AM No comments:

Just found these words on The Star Chamber by the Village Voice Jazz Consumer Guide Critic, Tom Hull. Here's the link, but I'll cut and paste the relevant portion below anyway:

Industrial Jazz Group: The Star Chamber (2003 [2004], Innova). When rock met "industrial" the music emphasized the machines with their mechanistic rhythms and spurious noise. The industrial era, certainly in the artistic imagination, was marked by the growth of factories and foundries, by the production of steel and the spew of dark smoke. In the U.S. and Europe it took off in the latter half of the nineteenth century, and accelerated so relentlessly we called it progress, up to and through the cataclasm of World War II. Sometime since then we've started to inch into a postindustrial era, one marked by processing of data through electronics and ultrafast communications -- not that the industrial world has faded away, but at least it's been tidied up a bit and nudged out of sight. All of which has nothing to do with this orchestra, but given the misdirection of their name I had to get that out of my system first. The group itself is a nine-piece acoustic jazz orchestra, for all intents and purposes a big band. It is heavy on the horns, with three reeds, three brass, bass-drums-piano, with the piano not prominent -- leader Andrew Durkin holds that chair, but introduces himself first as composer/conductor. It sounds to me like the music is composed throughout, the musicians filling in well-mapped roles, and that may be the nominal concept -- even if the roles require skilled workers, they leave little room for individuals. Moreover, it sounds like it's technically rooted in late euroclassicism -- a music I abhor and have spent most of my life avoiding, but I don't know where else the clustering of trumpets and the interplay of flutes may have come from. But I don't find it cloying -- it's much too cold and clear for that, and that's not a complaint. I've many times quoted Adorno on his preference for ascetic music and lush life vs. the contrary. This music isn't exactly ascetic, but it lives that way. B+

I'm not sure if this actually made it into the paper, or if it will in future editions. Probably not.

Hull is a quirky, interesting guy, and a really great writer. He's got an elaborate, even obsessive rating system--you can find it somewhere on the main site. I must say, I can't imagine organizing my listening in that way--taste is such a flexible thing for me, and though I know what I like, I might like it in different ways at different times. Occasionally, Hull's school-marmish reliance on grades almost succeeds in leeching the fun a reader might have in following his expansive listening... but the site is well worth poking around anyway.
Posted by Andrew Durkin at 3:02 PM No comments: